Photos 1-4 represent a damaged ornamental ceiling. We were called in because the ceiling was sagging seven inches in the center. We removed ninety percent of the ceiling, leaving one foot around the perimeter. This foot was in good condition and helped to use as a guide for installation of the mouldings. The ceiling was installed on a cross firring system over the joists. After eighty years of leaks and settling, the nails were pulling out of the joists.  That caused the severe sagging of the ceiling. We removed the old plaster, reattached the cross firring, put wire lathed on the ceiling,  installed three coat plaster, and replicated all the mouldings & embellishments.  We installed the mouldings, then we textured over the entire ceiling. When the project was completed, all the mouldings and flat surface work were exactly like the original.  No one could tell the difference between the old and new ceiling.

Photos 5-7  Represent a Ceiling sagging where the maintenance crew placed 2 by 4’s to stop ceiling from dropping. We removed the damaged plaster to replicated and reinstall the new mouldings. 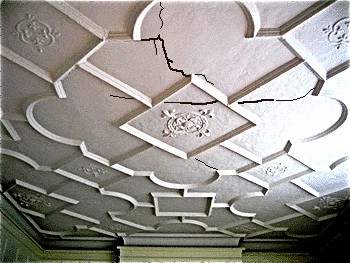 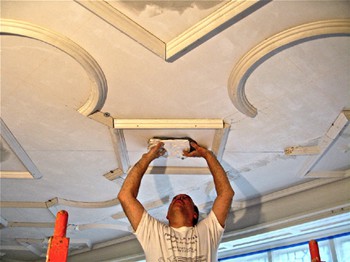 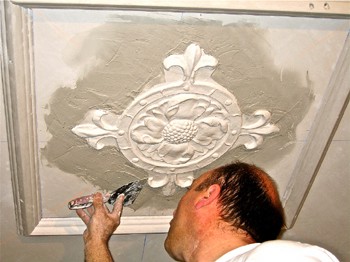 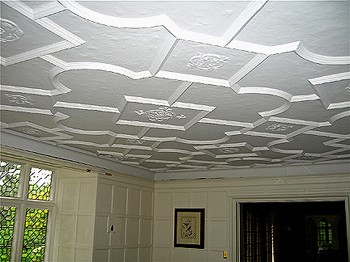 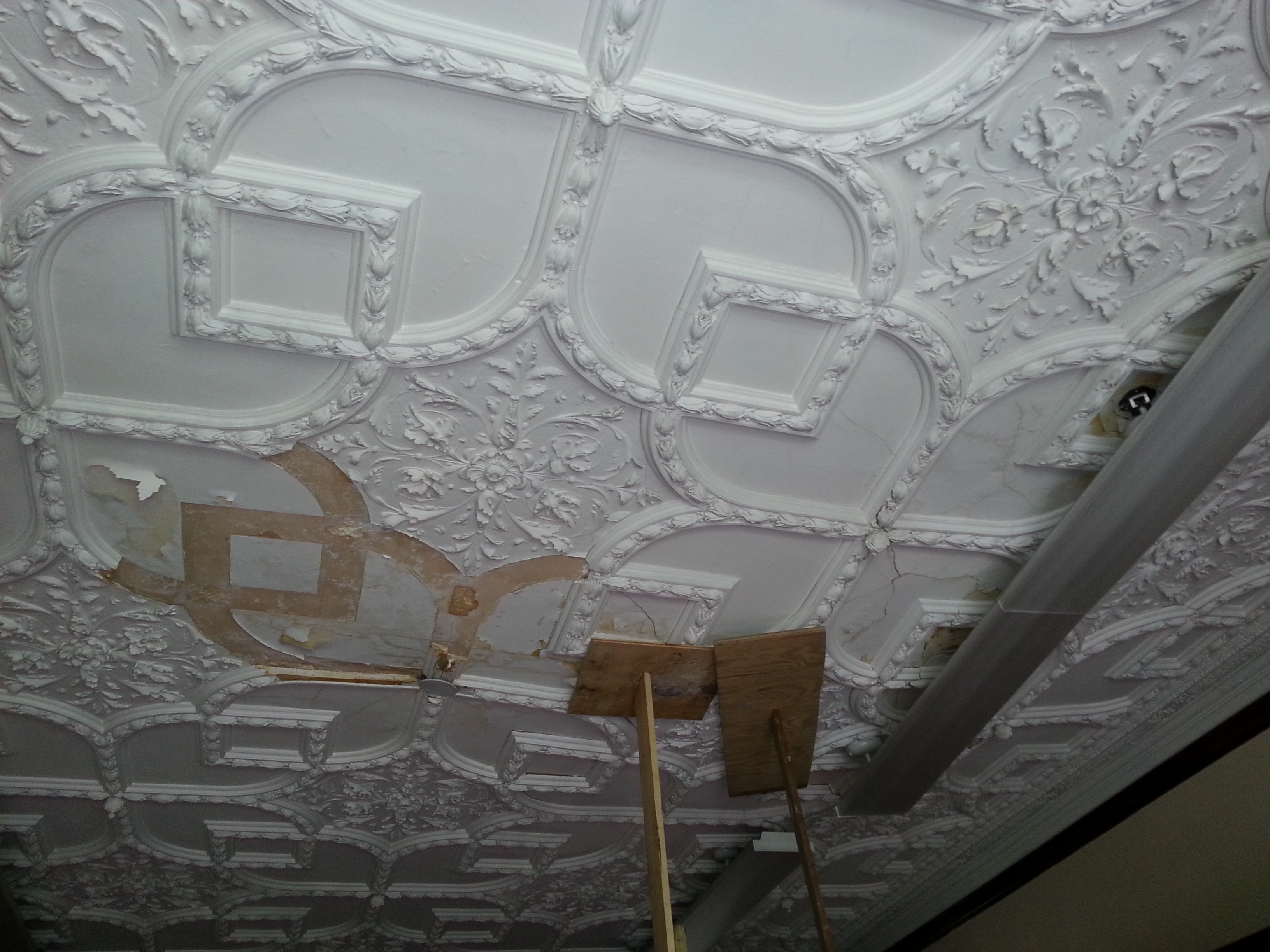 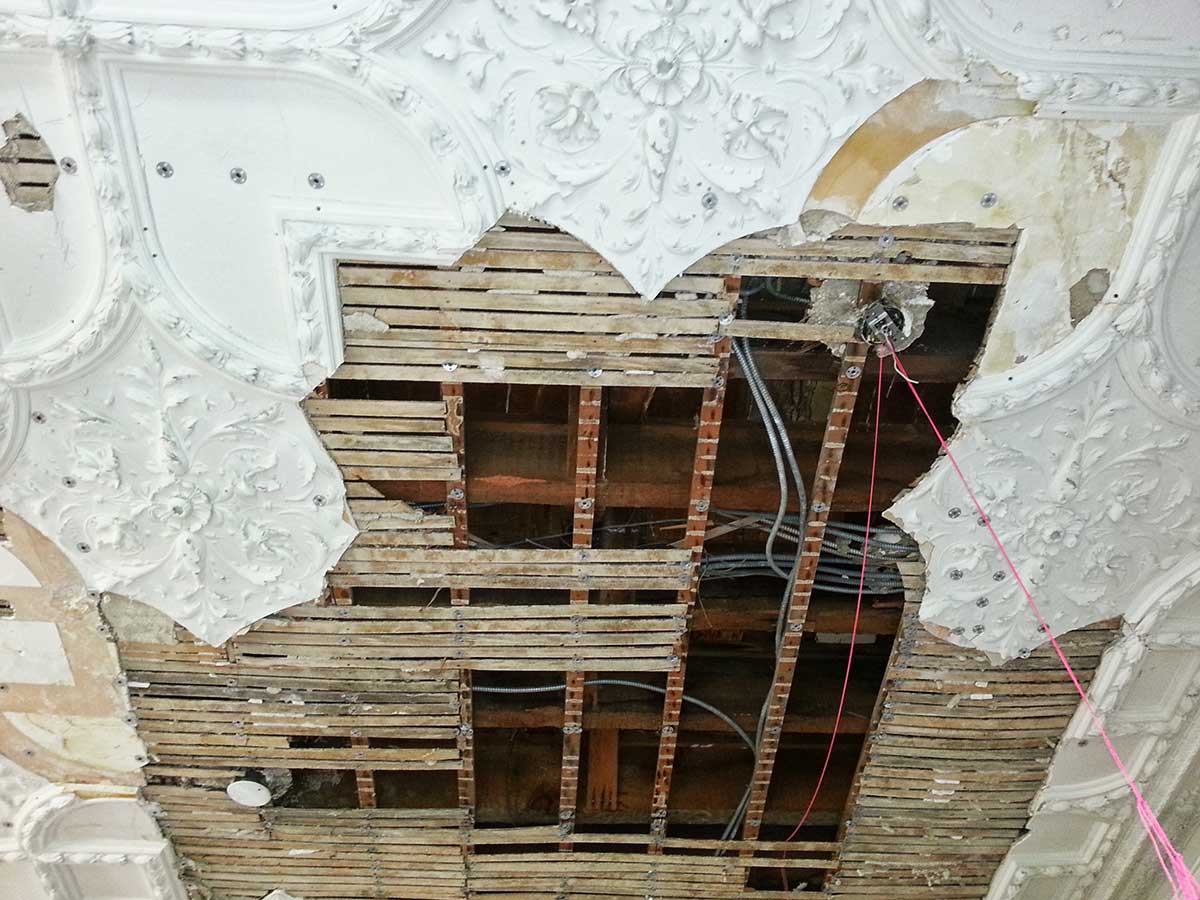 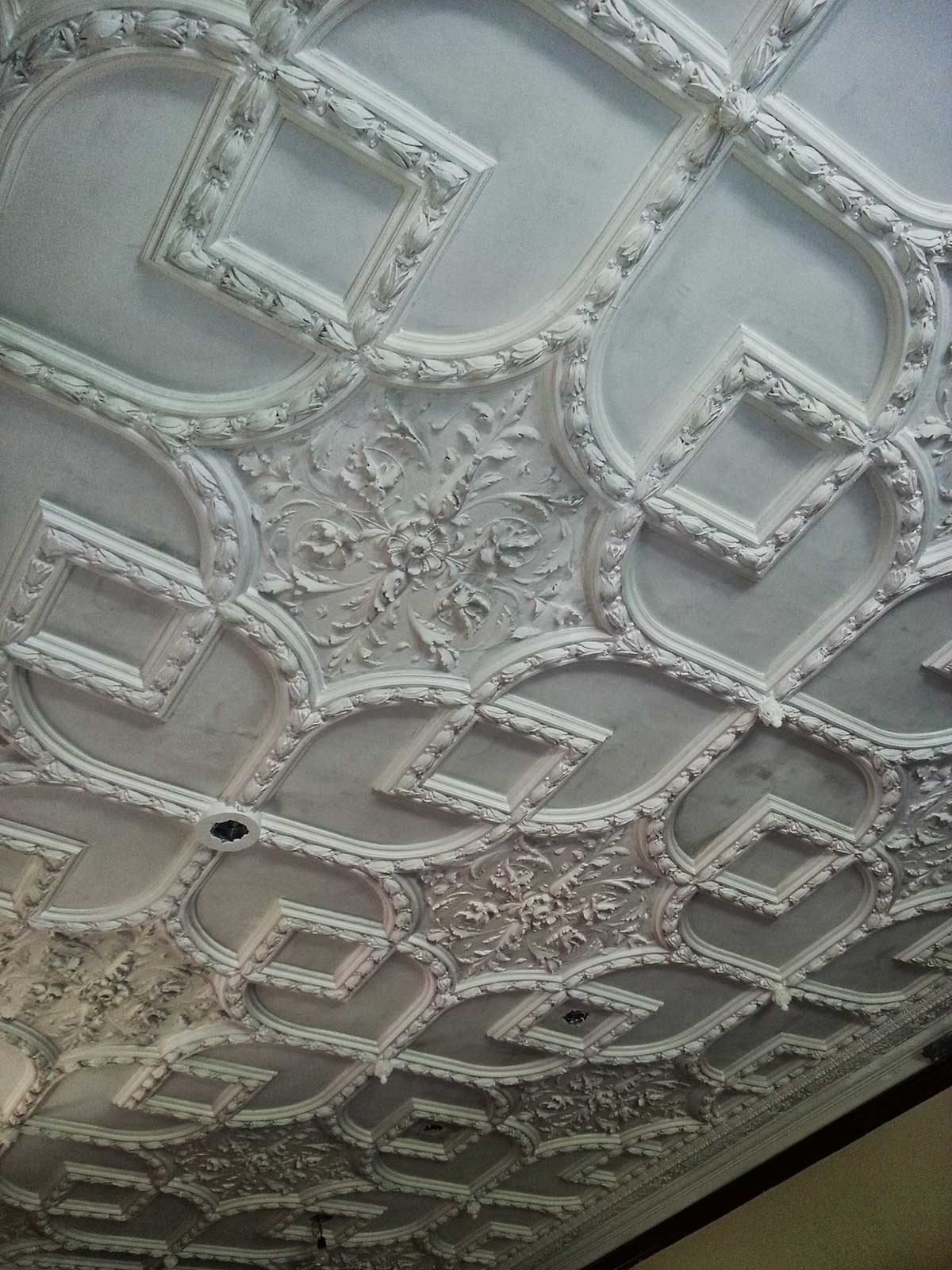